About Us
Board Members: 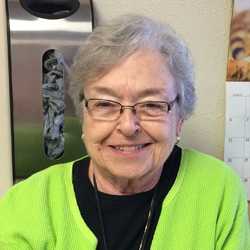 Judith Berner, RN
Judy Berner, the second of four children, was born, raised and graduated from high school in a small coal mining town in Pennsylvania. She earned a diploma in nursing from Temple University Hospital, Philadelphia, PA, a BA from Stephens College, Columbia, MO and a MEd from the University of Arizona, Tucson, AZ.

Judy served with Project HOPE aboard the Hospital Ship HOPE in Ceylon, Tunisia, Jamaica and in HOPE's domestic program on the Navajo Reservation, She is active in Project HOPE's Alumni Association having served as secretary treasurer and is past president of that Association.

Since moving to Albuquerque in the late 1980's Judy has worked in the sector of Psych & Mental Health Nursing, inpatient, outpatient & home health. The awareness of the need for care of all animals, particularly older ones was quite pronounced. She has rescued cats since the early 70's & presently lives with two 15 year old felines, Ernie and Benson, affectionately referred to as "the Boys"! 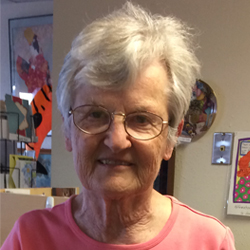 Beverly is a graduate of South Dakota State University and the University of California at San Francisco. She has worked in a variety of positions in clinical nursing and nursing education.

While working in Home Health Beverly became aware of a need for a cat sanctuary. She would go into the homes of her elderly patients and would get to know the patients as well as their pets. When a patient died there then arose a problem of what to do with the cats the patient had loved. Often families would not or could not provide homes for the deceased person's beloved felines. Pampered mature cats that had been treated like kings and queens were suddenly expected to survive on their own without their loving caregiver. The cats were fortunate if they were taken to a rescue shelter but often they were turned out on the street to fend for themselves.

Beverly has also met senior citizens who forgo the pleasure of a cat because they are concerned about what will happen to the animal when they die. With a cat sanctuary these responsible seniors could make advanced arrangements for the care of their cat and rest easy knowing that their loved pet would be cared for after their death.